The Brotherhood of Man

In point of fact what is interesting about people in good society–and M. Bourget rarely moves out of the Faubourg St. Germain, except to come to London,– is the mask that each one of them wears, not the reality that lies behind the mask. It is a humiliating confession, but we are all of us made out of the same stuff. In Falstaff, there is something of Hamlet; in Hamlet there is not a little of Falstaff. The fat knight has his moods of melancholy, and the young prince his moments of coarse humour. Where we differ from each other is purely in accidentals: in dress, manner, tone of voice, religious opinions, personal appearance, tricks of habit and the like. The more one analyses people, the more all reasons for analysis disappear. Sooner or later one comes to that dreadful universal thing called human nature. Indeed, as any one who has ever worked among the poor knows only too well, the brotherhood of man is no mere poet’s dream, it is a most depressing and humiliating reality…. 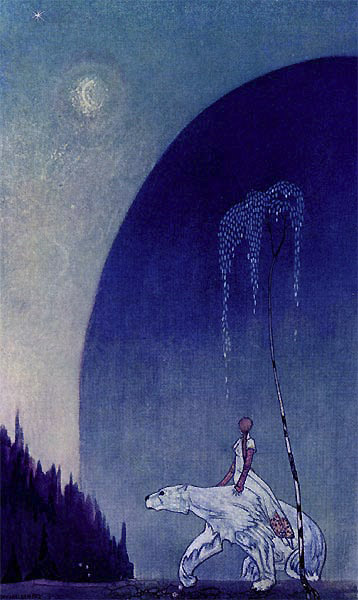 Kay Nielsen, East of the Sun, West of the Moon

This entry was posted in Kay Nielsen, Oscar Wilde. Bookmark the permalink.